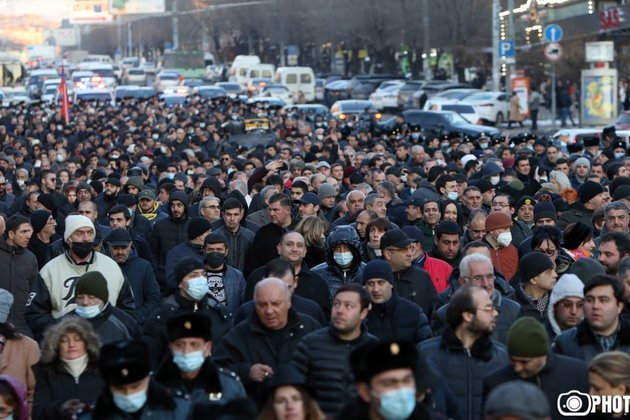 YEREVAN -- Several thousand people marched in Armenia's capital again on February 22 to demand the resignation of Prime Minister Nikol Pashinian over his handling of the war over Nagorno-Karabakh with Azerbaijan.

The crowd soon dispersed. But opposition politicians say they plan to hold another demonstration on February 23 as part of what they say is a plan for 'non-stop' protests and acts of civil disobedience.

A coalition uniting 16 opposition parties has been holding anti-government demonstrations in Yerevan and other parts of the country in a bid to force Pashinian to hand over power to an interim government.

Protests broke out in Armenia last November after Pashinian signed a Russian-brokered cease-fire deal that brought an end to 44 days of fierce fighting over Azerbaijan's breakaway region of Nagorno-Karabakh.

Armenian forces had been largely defeated by Azerbaijan's Turkish-backed military in the recent fighting.

Under the terms of the cease-fire, Pashinian ceded control over some territory in Nagorno-Karabakh and all seven surrounding districts of Azerbaijan that had been occupied by Armenian forces since the early 1990s.

Pashinian has refused to step down under pressure from the protesters. He has defended the cease-fire deal as a painful but necessary move to prevent Azerbaijan from overrunning the entire Nagorno-Karabakh region.

The opposition protests had stopped in the midst of winter. But demonstrations resumed on February 20 with thousands taking to the streets of Yerevan once again.

With reporting by AFP 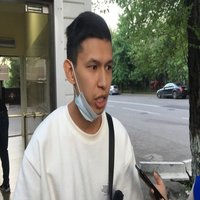