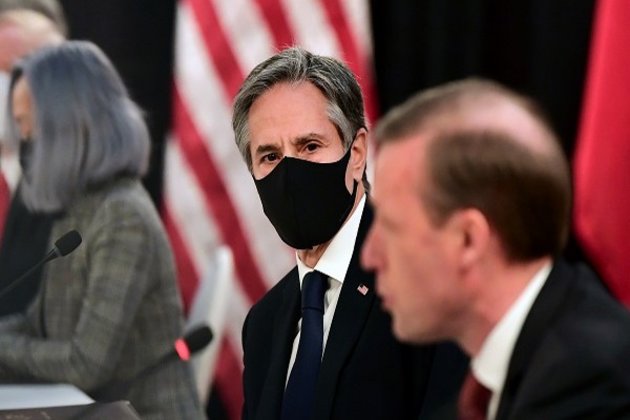 Washington [US], April 12 (ANI): US Secretary of State Antony Blinken on Sunday (local time) reiterating support for the Uyghurs, condemned Chinese actions in Xinjiang and said that the US needs to bring the world together in speaking with one voice in condemning what has taken place and what continues to take place in Xinjiang.

In an interview with NBC, Blinken said, "We need to be able to bring the world together in speaking with one voice in condemning what has taken place and what continues to take place; we need to take, actually, concrete actions to make sure, for example, that none of our companies are providing China with things that they can use to repress populations, including the Uyghur population; we need to be looking at products that are made in that part of China to make sure that they're not coming here; but we also have to make sure that we are dealing with all of our interests, and what is the best way to effectively advance our interests and our values."According to a transcript provided by the US Department of State, the top US diplomat further said, "And when it comes to China, we have to be able to deal with China on areas where those interests are implicated and require working with China even as we stand resolutely against egregious violations of human rights or, in this case, acts of genocide."When asked about non-participation in 2022 Winter Olympics as other Western allies are supporting this idea, he stated, "We're not there yet. This is a year or so before the Olympics. We're not focused on a boycott. What we are focused on is talking, consulting closely with our allies and partners, listening to them, listening to concerns. But that's premature."Regarding the withdrawal of US forces from Afghanistan, Blinken reiterated President Joe Biden's commitment to ending the war in Afghanistan and bringing US troops home"President is committed to ending this war, to bringing our troops home, and to make sure as we do that to the best of our ability that Afghanistan never again becomes a haven for terrorism and particularly for terrorism that targets the United States," said Blinken.

"Any peace that is going to be lasting and that is going to be just has to be Afghan-led, and what we're doing now is really energizing our diplomacy to try to bring the parties together - the Taliban, the Government of Afghanistan, other key players, but also countries in the region that have interests and influence in Afghanistan - to try and move in that direction," added Blinken.